Cash in the attic!

A map discovered in the attic of a house in Aberdeenshire sold at auction this week for over £200,000. 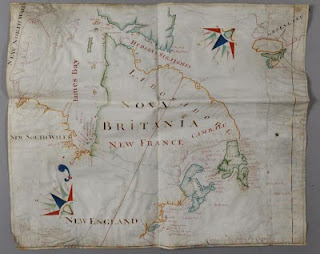 North East America and Canada from Hudson's Straights south through Labrador and Newfoundland to New England and New York.
Meticulously coloured and remarkably well preserved on a sheet of vellum, the map was drawn by London "plattmaker" John Thornton in 1699.

While the map depicts a large area of North East America and Canada, it was perhaps the inclusion of the small village of New York which attracted bidders.

More affordable maps and data can be found at findmaps.co.uk
Posted by FIND Mapping at 10:39