Launched earlier this week, police.uk provides the most detailed crime maps that have ever been made publicly available in the UK. However, it’s feared that this could prove a boon for criminals who want to avoid areas of high policing.

It’s also feared that it might help to lower house prices and push up insurance premiums in areas where levels of reported crime are high. Overwhelming public interest caused the site to crash on the day of launch, but it now appears to be up-and-running. 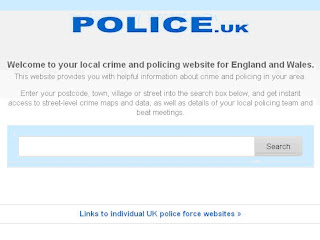 A spokesman for the Police Federation, which represents over a hundred thousand police officers said, ‘The danger from a policing point of view is that criminals could look at it and see that a number of crimes have happened in a certain street and so know that there is more likely to be a higher police presence in that area and so go elsewhere.’ The Home Secretary, Theresa May, welcomes the new initiative saying that ‘This will make the police more accountable. It gives people a real tool to hold the police to account.'

While Theresa May denies that making such detailed information available to the public will drive down house prices in some areas, the Royal Institute of Chartered Surveyors (RICS) has warned that the crime maps could have a negative impact on house prices if taken out of context.

Higher insurance premiums might also result from the information in these new crime maps. According to the Association of British Insurers, companies could use it to update risk assessments for specific areas.

The maps show that currently the most crime affected area in England and Wales is Glovers Court in Preston and the surrounding area. The new website reveals that more than 150 crimes and incidents of anti-social behaviour were reported there in December alone, including 44 violent crimes.

This is a great example of how the ‘open data’ movement is gaining ground. It’s also an excellent example of how mapping intelligence can be used. As more people become familiar with using mapped data in their personal lives, this will inevitably lead to more intelligent use of mapping in the workplace.
Posted by FIND Mapping at 16:15